Performing territorial evaluation studies such as landscape and ecosystems, before and after episodes of natural risks such as fires.

Studies of plant response to risks, erosion monitoring, use of sensors to estimate the severity of risk, studies of flooding of a municipal term or specific place, etc. are carried out.

On 26th of July of 2013, a forest fire was declared in the area of ​​Sa Coma Calenta in Andratx and it was extinguished 19 days later. A total of 2,406.75 ha of the municipalities of Andratx, Estellencs and Calvià were burned. It is the largest area affected by a forest fire in the Balearic Islands since 1990. In response to the damage caused, the Balearic Government developed an Environmental Restoration Plan for the burned area to offer a solution for ecological restoration of the affected area. The main objective of this Plan is the environmental restoration of the area affected by the fire.

A research group from the University participated in the environmental control and restoration of the area carrying out two very important activities:

Installation of a continuous monitoring network in a drainage basin in the area affected by the fire to generate hydrogeomorphological metadata that can be transferred to post fire management with the aim of achieving more efficiency and effectiveness in the restoration long-term landscaping by valuing different scenarios of precipitation variability and changes in vegetation cover and land uses. 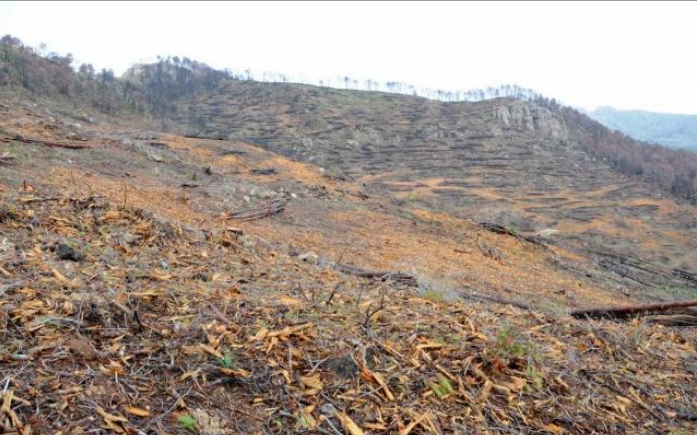 Analysis of the evolution of vegetation under the effect of different post-fire management techniques: use of an unmanned aircraft

The overall objective of this project is to analyze the post-fire evolution of vegetation in the Pariatge region (Calvià) using an unmanned aircraft. The presence and vigor of vegetation and its water stress are measured, as well as the growth of germinating or sprouting species.