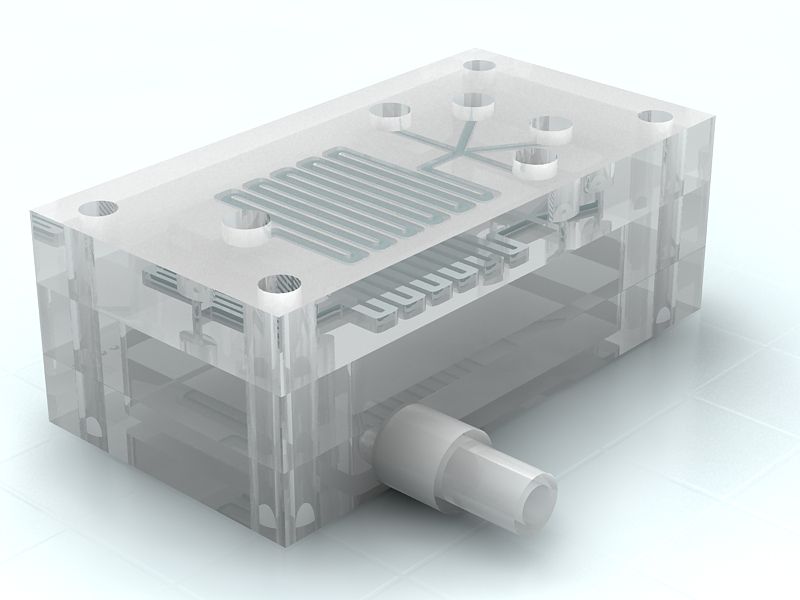 The invention consists of two elements: the analysis system and the device that integrates the system. Both are of general application, since it can be used to automate a wide variety of analytical methods for both organic species and for inorganic species.

It can also be applied to various fields: environmental, pharmaceutical, biological, medical, etc.

There are various automatic tools for chemical analysis. One is the technique of analysis by multijeringa injection (MSFIA), the engine is able to move simultaneously up to four syringes individually connected to valves that send the sample and reagents to the piping system. Another tool is known as Lab-on-valve (LOV), which is a new alternative for miniaturization of testing, eliminating the drawbacks relating to ducts caliber.

The combination of both techniques is also known but so far there has been no real integration of LOV design to this analytical method, which means greater automation of the analytical method, a formation of more compact systems and a more comfortable system for the operator in charge of carrying out the tests.

Currently, the present invention is protected by a Spanish patent.